The requirements of logic and the needs of a beloved supersede any contrary preferences to which we are less authoritatively inclined. Once the dictatorial regimes of these necessities have been imposed, it is no longer up to us to decide what to care about or what to think. We have no choice in the matter. Logic and love preempt the guidance of our cognitive and volitional activity.
—Harry G. Frankfurt, The Reasons of Love (66) 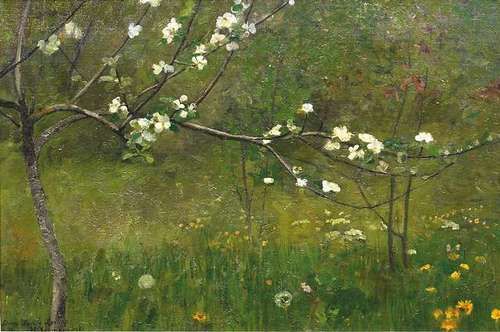 I am involved in a year-long research project,* and now have an official reason to indulge my insatiable curiosity on the subject of love—oh joy! I mention it only to preemptively explain the expected preponderance of books about love, the senses, and neurology that may be forthcoming. Although, it occurs to me that there may already be a preponderance—or at least a driving theme— of such books in my reading habits. So be it.

There is a striking and instructive resemblance in the matter between love and reason. Rationality and the capacity to love are the most powerfully emblematic and most highly prized features of human nature. The former guides us most authoritatively in the use of our minds, while the latter provides us with the most compelling motivation in our personal and social conduct (64).

As Harry Frankfurt states, in his book The Reasons of Love, love and logic are what dignify us—they are “distinctly humane and ennobling in us” (64). The entire book is dedicated to examining the preeminence of love in our lives. The mere fact that “caring” distinguishes our attention; our affection; our past, present and future proves, by his lights, the very quiddity of the emotion. Why do we love? Because we care. Not selfishly, or even unselfishly—to use words such as ‘selfish’ or ‘unselfish’ distorts the question—love is a sine qua non condition of being human.

Bertrand Russell alludes to “the restfulness of mathematical certainty.” Mathematical certainty, like other modes of certainty that are grounded in logically or conceptually necessary truths, is restful because it relieves us from having to contend with disparate tendencies in ourselves concerning what to believe (65)

When we commit to loving, we no longer have to deliberate, consider, or weigh the options. That declaration of love—the ‘I love you’ (as Alain Badiou so eloquently described in its form of “stage fright”) is the leaving-off of doubt for the restfulness of certainty. The comparison to logic is clear, and yet, and yet…we all know that love is more prone to distortion than logic (although—politics, for one, could cure one of that notion as well). And we all know that certainty is the domain (again, Bertrand Russell, not to mention Voltaire) of fools and fanatics. Still, when I think of my own children I understand love perfectly. There, in my heart, is a restfulness like no other.

The fact that we can not help loving, and that we therefore cannot help being guided by the interests of what we love, helps us to ensure that we neither flounder aimlessly nor hold ourselves back from definitive adherence to a meaningful practical course (66).

Love, like logic, is constrictive in that we are compelled through the very laws of each to obey. That we do not necessarily choose whom to love is important. Who can solve the mystery of why this person and not that person? Frankfurt suggests that this is a form of freedom. The stage fright of ‘I love you’ is, in this light, a respectful fear of certainty. Given the horrific events in Orlando I am more afraid of people who hold rigid beliefs than I have ever been. I have never understood absolutism, belief, certainty, dogmatism….And yet I do think that love, as a manifestation of certainty, like logic, may inhabit unique space. Neither is capable of doing harm on its own, although both are often used to excuse acts of perversity which defy the very meaning of the words. Love and logic simply are.

One doesn’t choose to love their children anymore than one chooses to believe two plus two equals four. That seems obvious. Not having to constantly re-evaluate or reassess those truths is freeing. Frankfurt sticks to child-parent love for a reason, as he states it: it is a more pure love without all of the distractions of romantic love. Yet for all the complications and distractions, it remains true that all love is freeing in that it is binding. It binds us together and limits how we behave in accordance to what is good for the beloved and the lover: the demands of profane love, that which cares and is caring.

*I will be a 2016–17 Kahn Institute Fellow, in the “Shaping Perception” project. My proposed project, which may change slightly as my research develops, is on the relationship between the senses and the emotion of love.