He proposes with such confidence and certainty because he believes himself to be a really rather straightforward person to live alongside—another tricky circumstantial result of having been on his own for a very long time. The single state has a habit of promoting a mistaken self-image of normalcy.
—Alain De Botton, The Course of Love (42) 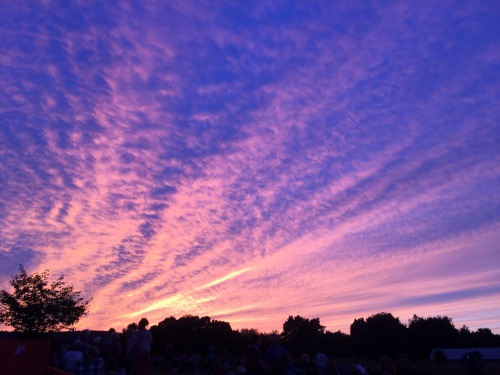 We’re all nuts and merely tolerating our beloved is the crux of love. At least according to Alain De Botton’s sweet and insightful novel The Course of Love. His novel takes off where most end: at the end of the beginning—the “happily ever after”—after the event of falling in love, where most novels, films, and love songs end.

We don’t need to be constantly reasonable in order to have good relationships; all we need to have mastered is the occasional capacity to acknowledge with good grace that we may, in one or two areas, be somewhat insane (85).

Interpolated in the story is the narrator’s calm analysis explaining the effects of the certain disillusionment that comes from close contact with another person. In the case of this particular story the persons involved are Rabih and Kirsten, an Edinburgh couple who are disappointed to discover in each other flaws that exasperate their own shortcomings. These exasperations result in the sorts of fights in which, for example, the absurdity of railing against a wife who is competent and nice seems logical, at least to Rabih. Kristen’s of a differing opinion in regard to her character but is also paralyzed by her own reasonableness which stems solely from fear of the out-of-control situations she experienced in her formative years.

“He’s calm, he likes to go walking, he doesn’t seem to think it’s such a terrible flaw that I’m ‘reasonable.’ Anyway, to get back to the larger point: How can I make it any clearer? Being nice is not boring: it’s an enormous achievement, one that ninety-nine percent of humanity can’t manage from day to day. If ‘nice’ is boring, then I love boring (171).

De Botton succeeds in making the reader care about the individuals and about the couple, and yet, his talent lies in the way in which one also identifies with the characters—maybe one more than the other (am I anxiously attached like Rabih or is Kirsten’s avoidance attachment more me? Jesus, I think I’m both. Is it possible it be both? That probably bodes ill, right? Damnit.) —and in this way the novel gives the reader a perspicuity into their own pathos. It’s an enormously clever book.

That may be why, in relationships, even the most eloquent among us may instinctively prefer not to spell things out when our partners are at risk of failing to read us properly. Only wordless and accurate mind reading can feel like a true sign that our partner is someone to be trusted; only when we don’t have to explain can we feel certain that we are genuinely understood (64).

It is temping, of course, to hold out for a mind-reader, but barring that, this book offers to frame love very differently than the classic, (albeit deeply appealing) romantic fantasy, and it is in many ways a more daunting, mature, but satisfying kind of love—a love that trusts. As I wrote here, in regard to De Botton’s book How Proust Can Change Your Life, I don’t particularly care for books that might be found on the self-help shelf, but I do rather like De Botton’s sly hand in delivering a penetrating look into where we misstep and why. His voice is at once forgiving and hopeful, and that is reassuring.

Fundamentally, De Botton advocates for the examined life. Empathy and caring can carry us through the landmines perpetually detonating as a result of our flawed childhoods. The glorious thing is, none of us are perfect. Not a one! There is no perfect one. There is just you and me. When we let go of the romanic ideal and let the beloved be imperfect, let ourselves be imperfect without hiding in either silence or acrimony, then we can all be ourselves—imperfect, but trying. That is the course of love.

3 responses to “Imperfect, But Trying”