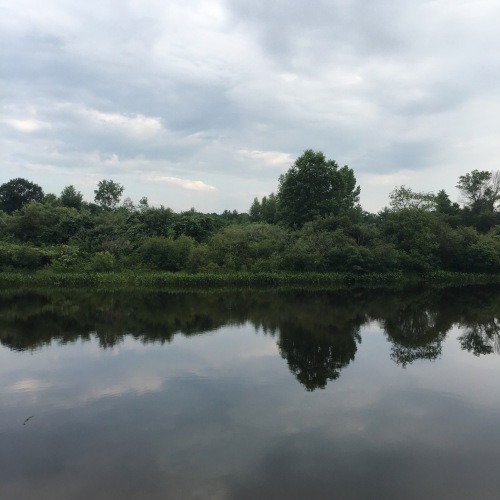 “The most notable and revolutionary feature of Darwin’s theory of mate choice is that it was explicitly aesthetic. He described the evolutionary origin of beauty in nature as a consequence of the fact that animals had evolved to be beautiful to themselves.”
—The Evolution of Beauty, Richard O. Prum

I once came across this wonderful sentence: “Beauty is lurking everywhere.” Damned if I know from where, but I latched onto the sentence, if not the author of the sentence, with a rare tenacity (at least as far as my mind’s usual light grip on factoids is concerned). If I was forced to guess I’d say Shakespeare…but given Shakespeare’s proclivity to produce delicious bon mots by the boat load, that feels like cheating—it’s like guessing a particular invention came from China.

I was prompted today to not be such a terrible blogger (it’s been about a year…) and get back to my purpose here which is to help me not forget all the books I read! And, as well,  make a good reading suggestion for others at the same time. What’s the fun of reading if you can’t share the fun?

So, back to beauty—Richard O. Prum’s fascinating book The Evolution of Beauty: How Darwin’s Forgotten Theory of Mate Choice Shapes the Animal World—And Us asks the next logical question for a person who believes, as I do, that beauty is indeed lurking everywhere, and that question is: but why?

“Throughout the living world whenever the opportunity has arisen, the subjective experiences and cognitive choices of animals have aesthetically shaped the evolution of biodiversity. The history of beauty in nature is a vast and never-ending story.”

Prum focuses on Darwin’s book which followed Origin of the Species, Descent of Man. Darwin was not satisfied with the problem of beauty which his theory of natural selection could not adequately explain. The peacock’s gorgeous arrayment left Darwin feeling nauseated. Not because of the excessive pulchritude, but because those long ridiculous feathers can not really be much help in survival, not least of all of the fight or flight variety.

What is so wonderful about Prum’s book is his expertise in ornithology, his explanation of the null/ not null practice of data collection and how that suppresses a whole lot of data, scientific bias, as well as his promotion of the subversive nature of what Darwin was really getting at—female empowerment. At times the book feels like a feminist apologia. Why is beauty lurking all around us? Because the ladies like it like that.

“What was so radical about this idea was that it positioned organisms—especially female organisms—as active agents in the evolution of their species. Unlike natural selection, which emerges from external forces in nature, such as competition, predation, climate, and geography, acting on the organism, sexual selection is a potentially independent, self-directed process in which the organisms themselves (mostly female) were in charge. Darwin describes females as having a “taste for the beautiful” and an “aesthetic faculty.” He described males as trying to “charm” their mates…..”

Because this theory, Darwin’s theory of the evolution of beauty, is so hard for some to accept as it throws into disarray the parameters of how evolution functions (fittest, Yes! but prettiest too!), the final third of Prum’s book is more speculative than he, or I, would prefer. But it at least leads in a direction of discovery that says damn implicit/explicit misogyny! our evolution is fascinating, complicated, and positively dripping in implications whether some might like what is revealed or not! Prum is not afraid to apply facts and humor in order to recuperate Darwin’s controversial ideas in the service of science. And I like it like that.

Tagged beauty, Books, Charles Darwin, Descent of Man, evolution, I like it like that, Richard O. Prum, Science, The Evolution of Beauty